A Walk with Roses… and Inspiration Along the Way 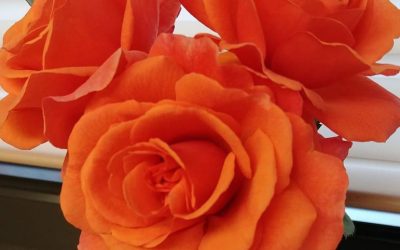 Featured Rose:  Tropicana This beautiful rose was submitted by Pam Trindle, one of two winners in our Virtual Rose Show.  This was an amazing   on-line event, celebrating Broken Arrow's passion for roses.  Tropicana is a lovely Hybrid Tea rose with a wonderful fruity ...